skip to main | skip to sidebar

As we tend to do with older doujin games, we recently uploaded Puchi Kanon Air, a game that was done a while ago by the doujin circle "Cosplay Teahouse Soft". The game is based around "Kanon" and "Air"...they are very popular visual novels with lots of juicy info on Wikipedia so instead I'll post our download links to cut back on text:

Also, take a look at our video:

Posted by Vyse_the_determined at 9:47 PM 0 comments

My (temporary) plan with the main GS site

As you are all aware, it has been a while since I or Bel have updated the Gaming Sanctuary webpage. Because it would be "quicker" and "easier" to do, I plan to eventually upload various scans and images to the website (as well as update links from friends and the like that I have not done in FOREVER). That said, I will continue to post videos that I upload from this point forward onto this blog to help spread the exposure and awareness as well as post updates with the website (or any other things I find out pertaining to GS). As this is a blog, I will post any other misc life dealings and other good stuff. That is all!
Posted by Vyse_the_determined at 6:48 PM 0 comments

It's true. A folder I had some stuff in was either accidentally deleted or removed so I had to do some stuff over from scratch. I would like to say something else though besides just losing data; I will be making an addendum to the reviews in the next update. It's not exactly a big deal, so I feel like I can discuss what it is here.

I expected this to start occurring a long time ago, but it's become noticeable to the point where I need to take action. As you may all be aware of, Mediafire does not keep files forever; they can keep them for as long as they get consistent enough downloads or views. The audio samples in our reviews will be removed in the next update because while some get some downloads (Porindama for example), others don't really get many downloads. Naturally, I didn't expect them to get downloaded much as it really boils down to the curiosity of the reader when they see a game review. I am in NO WAY saying that it's anyone's fault; with "ways" to test games you may be curious about, audio samples weren't exactly necessary. Still, I had them as an alternative if you aren't into "that", as many "purist" aren't too keen on doing that.

It would require me to re-upload the samples too much in the future and require me to constantly monitor older material to keep the audio samples going, so it would be best for us to just end the experiment. However, I won't just up and leave curious readers high and dry...that's why we will make an effort to make videos for every game we write an article for (or videos for anything that strikes our fancy). Videos are typically seen as the best form of proof as to what a game looks like and sounds like, so I think we will be able to suffice without the audio samples. I'd like to make that change now before we get too far ahead :)

At any rate, the data loss insures that the next update will be a small one, but look for it in the coming days...and be sure to check us out on YouTube. Take care!
Posted by Vyse_the_determined at 3:06 PM 0 comments

Craziness of the holidays!

Needless to say, I've been dealing with a lot of holiday madness. The good news is that I've got all of my shopping done. The bad news is that I've fallen behind somewhat. I've been playing Star Ocean on the 360 as well as getting back into Lost Odyssey. I'm on disc 3 of LO right now. I bought myself a good number of presents (it's been a long time since I did)...a lot of clothes.

Timberland boots, some sneakers, a couple pairs of pants, a few shirts, a jacket, some other stuff, and a few games. I'll post a couple of them later on. Till later!
Posted by Vyse_the_determined at 1:06 AM 0 comments

Finished my first playthrough of Fate/Extra 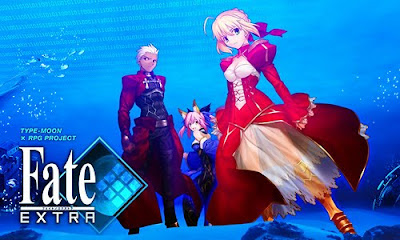 I bought Aksys Games' "Fate/Extra" (Limited Edition) from GameStop about a month ago and have been playing it little by little. I've now finished the game and I must say that it was better than what I expected, but only marginally. It's certainly unique and quite a bit of the dialogue, while repeating itself quite often at times, is relatively smart and a decent localization effort by Aksys and all others involved. It's not perfect though, as their was some wonky dialogue and typos that I noticed later, but I like that each servant possessed their own dialogue (with a few similarities here and there).

The "Janken" style gameplay makes things interesting for a little while but playing the game for ten hours and getting through a couple of weeks (weeks as pertaining to the game's setup, not real life weeks), one will come to the realization that the game is very formulaic. The ending was okay for me though as it was a little different.

Anyway, I may end up reviewing this one day, so I won't completely get into it. If you're trying to support obscure game publishers at all though, I would suggest you buy the game new while you can. The credits (tiny spoiler) DO want to thank Fate fans who were "enthusiastic" about the game, and buying the game would at least seem like one is enthusiastic...
Posted by Vyse_the_determined at 12:03 PM 0 comments 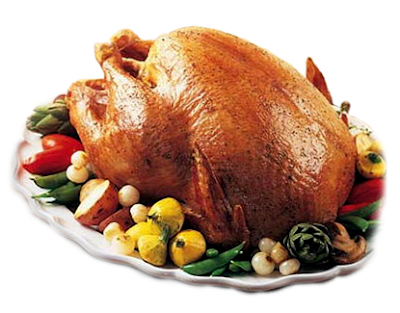 ^ It is a delicious turkey. You must eat it...all of it. Happy Thanksgiving to all that celebrate it and to those that don't, that's fine too. Just know that there will be no turkey for you!
Posted by Vyse_the_determined at 6:51 PM 0 comments

We've got some new stuff going on at our main site. Go check it out!
Posted by Vyse_the_determined at 9:31 PM 0 comments

The videos are done!

The two videos (Knight Quest and Sumo Fighter) are finished and the last phases of my work can begin. Stay tuned for more news!
Posted by Vyse_the_determined at 8:09 PM 0 comments

To finish my current webpage update...

I will be required to make a couple of new videos for very specific games. It's all part of a additional plan that is in the works and I can't say any more than that...okay. I'm a liar. I will say this: There will be more STUFF. Stuff is pretty awesome ladies and gentlemen. What kind of stuff? Not gonna say...I know, I'm terrible. I'll keep you all posted!
Posted by Vyse_the_determined at 8:52 PM 0 comments

Samurai Kid is basically finished. It has 166 extra images, a credits page with translated names, and an overview...and it's looking sweet. Instead of uploading that by itself though, I'm going to convert one or two of the other reviews that are already good, but need the new coding template inserted. In the meantime, check us out on YouTube (click our link on the right side) to watch our latest videos for Baten Kaitos, Tales of Symphonia, and (soon) Ribbit King. All of the videos are for GameCube.
Posted by Vyse_the_determined at 8:52 PM 0 comments